Regular total ozone column measurements done during 2011 at the meteorological station of the Lycée classique Diekirch in Diekirch, Luxembourg are compared to the measurement series of the two Brewer instruments (#16 and #178) used by the RMI at Brussels, Belgium. The Microtops (#5375) measurements are consistently too low. Assuming the Brewer measurements correct, it is suggested to apply a calibration factor of about 1.06 to the Microtops readings.

1. The two measurement stations at Uccle and Diekirch

The following table shows the location and measurement procedures at both stations.

A notable difference between the measurement series of both stations is the following:

Uccle usually makes a more or less large number of observations over a time span of several hours (up to 28 measurements during up to 7 hours). The beginning, end and mean times are given, as well as the number of observations, the average, standard deviation and the measurement method: direct sun measurements (DS, the instrument points to the sun) or zenith sky measurements (ZS, the instrument points to the zenith). As the Microtops [2] instrument used at Diekirch measures exclusively by pointing to the sun, only.the DS readings are used for the comparison.

A second criterion to restrict the data ensemble is that only those readings will be taken as valid, where the time of measurement in Diekirch fall between the boundaries of the time-period (UTCbegin, UTCend) at Uccle. When the two Uccle series are compared to each other, the criterion applied is that both UTCmean times should not differ by more than an hour.

All the relevant data series can be found at the WOUDC website.

Raw data series of the Diekirch Microtops measurements are stored at the data archive of meteoLCD (http://meteo.lcd.lu/data/index.html)

A short explanation how access the data using an interactive mask at the WOUDC web site can be found at http://meteo.lcd.lu/woudc.html

2. Elementary statistics of the data series  for 2011 (DS measurements)

3. Graphs of the differences during 2011, with linear fits.

The following graph shows the series of the differences of readings from start to end of the year:, together with regresson lines (x = running number of observation) :

There is a very slight negative trend between the two Brewer series, and as a consequence trends of opposite sign between the Brewers and Microtops. The slopes of the trend lines are so small that one can assume that the evolution over the year is more or less flat. Thus a visible drift of the Microtops during the year can not be detected.in the comparison with the Brewer #178, which will be taken as a reference. The Microtops - Brewer differences clearly are much higher and more variable (higher standard deviation)  than those between both Brewers.

Despite the problem that the Brewer measurements are usually made on a much larger time interval than the few minutes (2 to 3 at most) during which the Microtops is measuring (usually 3 to 5 measurements in a row), we will consider the Brewer average as the "correct"  total ozone column. A potential supplementary problem is the lower altitude of Uccle (100m versus 218m), which may give even in similar conditions a slightly higher result due to the near ground ozone layer; in this paper this influence is considered negligible.

For comparison, the next figure shows the relationship between the Brewers #178 and the #16 (198 cases)

As expected,  the readings do not spread as much as between Brewer an Microtops, R2 being 0.983. The biggest distance between model and observations are 37 (at DU = 287)and 23 (at DU = 261), not much different from those of the previous figure.

One should not expect a miracle when comparing a relatively low cost photometer like the Microtops and the most expensive professional photometer for total ozone column measurements on the market. Nevertheless the results seem quite acceptable: the Microtops does not show extreme erratic behaviour nor a visible drift during the year. The thickness of the total ozone column varies often extremely quickly, as shown in the next figure, which is an overlay of the graphs from the RMI and the meteoLCD web sites: Clearly the Microtops readings follow the sudden spikes as seen for instance in January or December 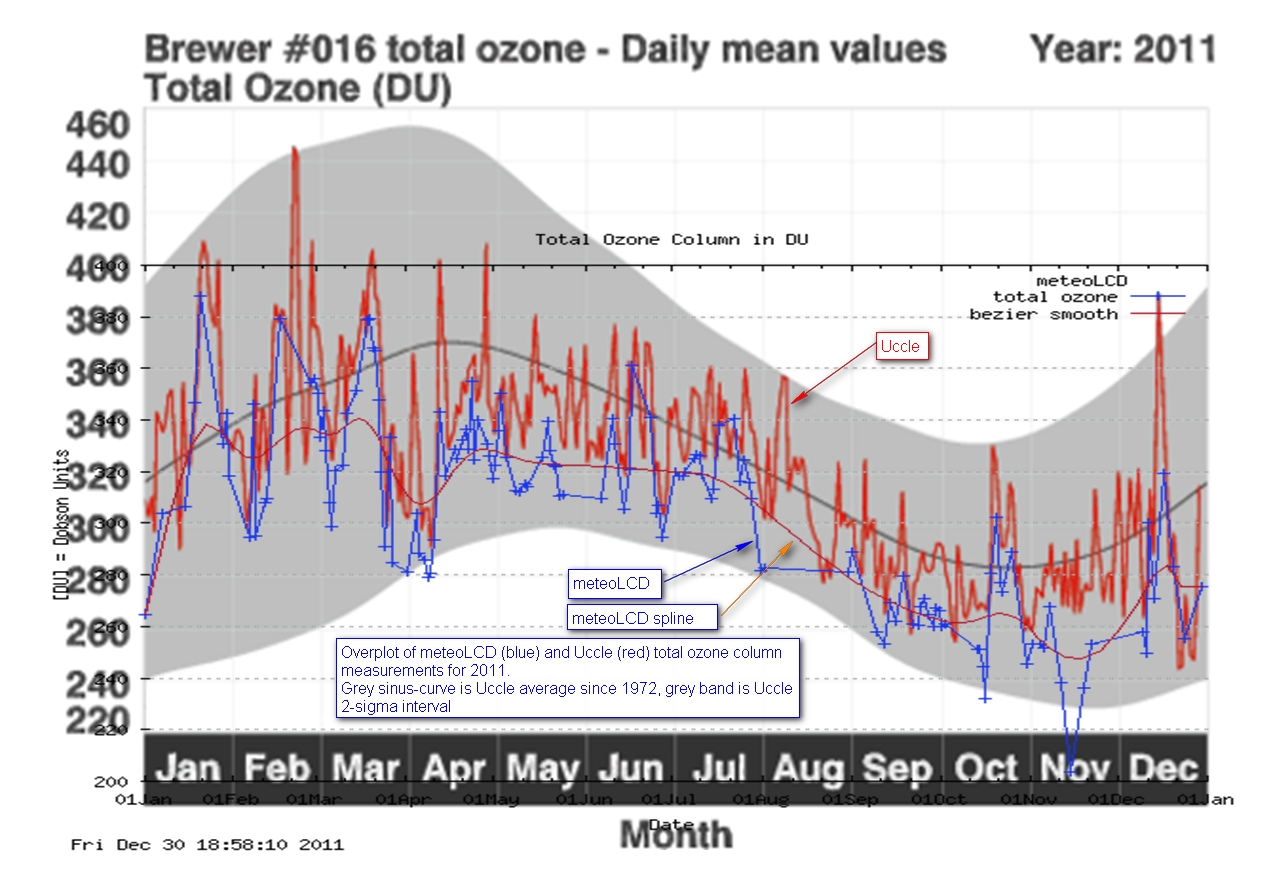 Fig.4 Overlay of the plots of full year 2011 measurements at Uccle and Diekirch (from web sites)

This study could be made more accurate if only Brewer and Microtops measurements done at the same time would be used.

As a conclusion one can reiterate what a previous analysis [1] has suggested: the Microtops is a quite good instrument for measuring total ozone column. Even if it deviates slightly in scaling, the year long consistency is quite remarkable.

[1]    Massen, F. :   A comparison of the total ozone measurements done with
the Microtops II sun photometer and the Uccle Brewer spectrophotometer. 2005
http://meteo.lcd.lu/papers/ozone/uccle/index.html